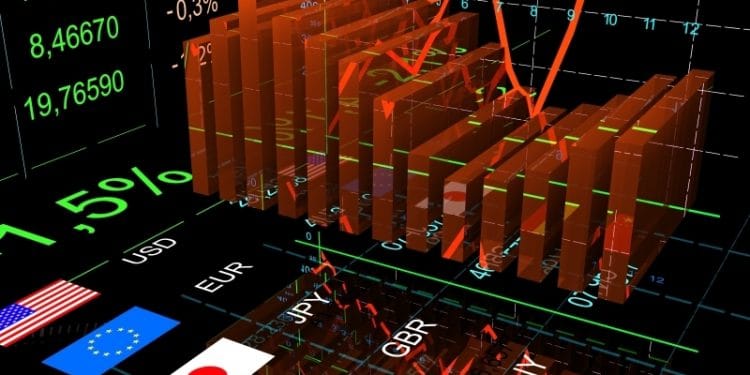 Forex minors are currency pairs made up of a combination of advanced economies like Canada, New Zealand, Australia, and Japan. The main difference between them and forex majors is that they are not paired with the US dollar. Some of the most popular minors are EUR/GBP, GBP/CAD, and AUD/NZD. In this article, we will look at the top minors of 2020 and what to expect in 2021.

There were several moving parts on the EUR/CAD pair. First, the price of crude oil dropped sharply in the first quarter. Indeed, at some point, the price dropped below zero for the first time ever. This is an important aspect for the pair considering that Canada is the fifth-biggest oil producer in the world. As such, low oil prices tend to have an effect on oil currencies like the Canadian dollar and the Norwegian krone.

Similarly, the two sides also received vast fiscal stimulus. In Europe, EU members agreed to raise more than 750 billion euros and provide it in the form of loans and grants. As of this writing, countries are also discussing a 1.8 trillion seven-year budget. Similarly, in Canada, the government offered billions worth of stimulus.

The Australian and New Zealand dollar pair dropped to a year-to-date low of 0.9991 in March. It then bounced back and reached a yearly high of 1.1042 in August. Today, the pair is trading at 1.0492.

There were three main catalysts for the pairs. First, in general, Australia and New Zealand handled the virus reasonably well. In fact, New Zealand confirmed just 2,000 cases and 25 deaths. As a result, the weakness of the two economies was not as pronounced as in other countries like the United States or Italy.

Second, the AUD/NZD also reacted to the talk of negative interest rates by the New Zealand central bank. The bank ruled out against negative rates in the November meeting.

Finally, the resurgence of the Chinese economy was a major reason why the pair rose by more than 10% between March 17 and August. This is because China is Australia’s biggest trading partner. As a result, the country benefited from more demand. Most importantly, the price of commodity prices like iron ore, coal, and gold rose.

In 2021, the AUD/NZD will react to commodity prices and the overall trade relations between China and Australia. The two countries have been conflicting about Australia’s loyalty to the US. That’s after the country decided to exclude Huawei in its 5G implementation.

The CHF/JPY is an important forex minor because the Swiss franc and Japanese yen are often-seen as safe-havens. The yen is a safe-haven because of the vast investments the Japanese government has made abroad. For example, it is the biggest holder of US debt, which is known for its safety. The ultra-low interest rates are also seen as being positive for international traders using the carry trade strategy.

On the other hand, the Swiss franc is a haven because of the neutrality of Switzerland and the strength of its banking sector.

In 2020, the CHF/JPY dropped to a multi-year low of 108.70 in March. It then soared to a high of 117.90 in August. It rose because of the Bank of Japan’s open-ended quantitative easing, which led to a surge in its balance sheet.

In 2021, there will be no major political event in the two countries. Similarly, with the two countries going through deflation, the central banks are not expected to change their policies. Therefore, the key levels to watch will be the 2020 high of 117.90, the September low of 113.28, and the 2020 low of 108.7.

The EUR/GBP is one of the most closely-followed forex minors in the world because of the close relationship between the European Union and the United Kingdom. In 2020, the pair first dropped to a low of 0.8283 in February and then soared by 14% to 0.9495 in April. Since then, the pair has moved relatively sideways as the focus has remained on the Bank of England, European Central Bank, and Brexit.

In 2020, the BOE lowered interest rates and announced a major quantitative easing policy. As mentioned above, the ECB also slashed rates and then implemented a QE program. The two banks also announced other lending facilities to help stimulate the economies. For some time, the BOE, which received a new governor in 2020, insisted that it was considering implementing negative interest rates.

At the same time, the EU and the UK continued to deliberate on Brexit. As of this writing, the two sides are yet to reach an agreement. Therefore, in 2021, the EUR/GBP will mostly react to the outcome of the ongoing talks. In case of a deal, there is a possibility that the pair will fall and test the support at 0.8672.

For most day traders, we recommend that you focus on forex majors. That’s because they tend to have tighter spreads than minors and exotics. Still, the four forex minors highlighted here will have significant market action in 2021. Others to pay close attention to will be the EUR/AUD, GBP/NZD, EUR/CHF, and GBP/CAD.