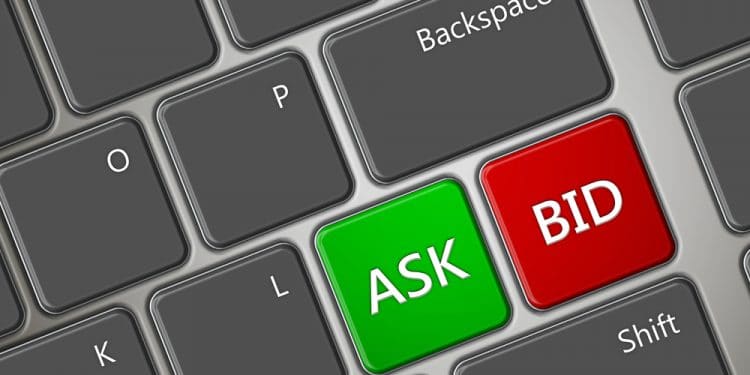 Transactions in the $6 trillion forex market occur through intermediaries, often referred to as brokers. In addition to offering a platform through which people place trades, the middlemen also charge a fee for each transaction undertaken. Forex spread is the cost of trading currency pairs.

In most cases, the two prices differ slightly. Conversely, the difference between the two prices is what is often referred to as the spread. Changes in the spread are usually measured in small price movements – pips is the term used to describe the movements.

The term stands for the difference between the two prices. For example, assume you buy clothes for $50, which is the bid price to keep tabs on. Later on, you sell the same clothes at $55, the ask price that a buyer pays for the ownership. The spread will be calculated by subtraction $55-$50=$5.

Simply put, the spread is the income that brokers make on traders opening and closing trades. It is simply the broker’s income.

In most cases, brokers buy currencies from banks and other large financial institutions and pay the bid price. In return, the brokers add some spread on the bid price before offering the same to retail traders.

People placing trades in trading platforms will pay a much higher fee to assume ownership of a given currency than what the broker paid to the bank.

In the $6 trillion marketplaces, the cost of trading is constantly fluctuating in response to various developments that affect sentiments. Any market-moving event that triggers increased volatility in the market often triggers changes in spreads as dealers look to reduce their risk exposure in the market.

Scenarios of widening spreads are common, which at times trigger margin calls in some trading accounts. The best way to avoid the downsides of variable spreads is to keep an eye on an economic calendar to be on the lookout for events likely to trigger increased volatility.

Some dealers offer fixed spreads, often referred to as market makers. In this case, the brokers buy large positions from their providers and offer the same positions in smaller sizes.

When it comes to calculating spreads, it is essential to clearly understand the base and quote currency. Assume the EUR/USD pair; the euro will be the base currency while the USD is the quote currency.

Whenever the exchange rate is written as EUR/USD 1.1200, it simply implies that 1 euro costs 1.120 dollars.

The difference between the two is the spread.

The larger the number of pips, the wider the forex spread, which often translates to higher trading costs. Similarly, it is essential to focus on currency pairs with tighter spreads given the reduced cost of buying and selling.

In the simplest term, a wider spread translates to a buyer paying more when buying a currency pair and receiving much less when selling.

In some cases, the spread is usually expressed as a percentage.

In this case, it would be:

The cost of trading varies from one broker to another in response to many underlying factors, which include those listed below.

The spread tends to be much lower when dealing with liquid markets. Given the high volatility that comes into play, the discrepancy between the ask and the bid price is usually minimal. In this case, dealers charge the lowest spreads as the high volumes in play make it easy to find buyers and sellers.

When dealing with currency pairs with subdued liquidity levels, the spreads would often be much higher given the difficulty dealers encounter in finding buyers with similar bid prices to their ask price to complete a trade.

Forex spreads also vary based on underlying economic and political factors that might affect underlying currencies. Higher spreads are synonymous with countries undergoing political or economic pressures. The high spreads come into play given the elevated risks in holding such currencies.

Whenever dealers perceive a currency to be a high-risk investment, they often offer it at a premium given the reduced number of people willing to trade the currency. The reduced trading volume would often result in the widening of the bid and ask prices.

The time of day that one gets to place trades also determines a great deal the cost they would incur. Opening trades on the EUR/USD during the Asia trading session when the European traders are asleep often leads to higher trading costs in wider spreads given the reduced number of market participants.

In contrast, opening trades when both the US and European session are open is a sure way of enjoying lower costs, given the increased liquidity in the market that forces dealers to charge much less.

Currencies with elevated volatility are also subject to high spreads in the market. High volatility is often perceived as high risk, which dealers try to offset by charging a premium. Some of the most volatile currencies are those not supported by disciplined monetary policies. Thus, they can be easily manipulated.

Spread is simply the cost incurred while buying and selling currency pairs in the $6 trillion marketplaces. The cost varies from one broker to another. It is also influenced by, among other things, market volatility, time of trading, and trading volumes. The tighter the forex spread, the increased chances of generating optimum profits, given the reduced costs of trading.