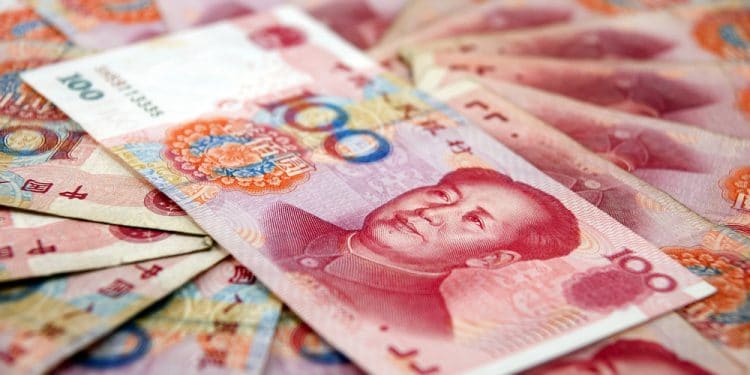 The Chinese currency is arguably one of the most confusing currencies when it comes to currency trading. Despite being the currency of the second-biggest economy globally, it is not one of the most traded. The currency lags the majors and is rarely traded in the $6 trillion marketplaces.

The Chinese currency is often referred to as the yuan, the renminbi, or the kuai. However, its official name is the renminbi which translates to “the people’s currency.” The yuan is the less formal name commonly used in the exchange markets.

When people are transacting, they rarely use the Renminbi name, opting to settle on the yuan written out as ¥ or 元 in symbols. Banknotes of the Chinese yuan exist in denominations of one, five, 10, 20, 50, and 100 Yuan. One yuan coins are also widely used.

The Chinese yuan is increasingly becoming a dominant player in international trade. This is partly because of China’s growing influence, given the size of its economy. Likewise, people are increasingly looking for ways to invest in the currency to gain robust economic growth exposure.

However, the currency continues to struggle, to rival the US dollar and the euro as a de-facto global currency. Unlike most currencies, the Chinese government significantly influences the underlying yuan rate, which does not bode well with traders.

The government manipulates the currency to achieve favorable exchange rates needed to support the export-dependent economy. Likewise, whenever the yuan strengthens against the majors, the government often devalues it to make exports cheaper and competitive.

The devaluation drive accelerated between 2015 and 2020. During this period, the yuan was devalued from 6.20 against the dollar to more than 7.10.

However, the devaluation drive has done little to curtail the Chinese yuan’s growing influence on the global scene. As the Chinese economy continues to expand to the extent of rivaling the US economy, the importance and influence of the Chinese currency continue to gather pace.

The International Monetary Fund adding the yuan as one of the global reserve currencies has all but gone to strengthen the yuan status. As a reserve currency, the currency can now rival the US dollar, the euro, the yen, and the British pound that have often been used to settle international transactions.

Standing in the way of the yuan usurping, with the dollar as the global de-facto currency, are the capital control and exchange manipulation that often come into play. The fact that the government has full control of the prevailing exchange rate rather than the forces of supply and demand has often seen most people shun the currency as a preferred means of settling international transactions.

Capital controls prevent investors from moving money out of China. Until such as the time that the Chinese government allows investors to move money in and out of China freely, the yuan will continue to play second fiddle to the freely floated the US dollar or euro as the reserve currency.

Freely floated currency without capital controls is the most used for pricing essential commodities such as gold or crude oil. Likewise, such currencies elicit strong demand as preferred means of completing global trade transactions in countries with less stable currencies.

Investing in the Chinese yuan

Amid the capital controls and the lack of a free-floating exchange rate, it is still possible to gain some exposure to the Chinese yuan as its influence on the global scene continues to grow. The country’s central bank operates branches in some of the world’s biggest economic hubs whereby investors can open high yield time deposits in yuan-denominated accounts.

Investments made in these yuan-denominated accounts allow investors to gain whenever the yuan appreciates against the dollar. When it comes to withdrawals, the investors must first convert the yuan invested into dollars.

In addition to the time deposits, the TIAA Bank also offers investors an opportunity to gain exposure to the yuan. As part of the WorldCurrency Access Deposit Accounts, investors looking to bet on yuan appreciation must invest a minimum of $2,500. Like the time deposit accounts, withdrawals from the account can only be completed upon converting the yuan to US dollars.

Betting on yuan through ETFs and ETNs

Time deposit accounts are not the only available options for investors serious about investing in the Chinese currency. There are Exchange Traded Funds that track the Chinese currency’s performance in the highly diversified capital markets, conversely providing much-needed exposure to would-be investors.

One such ETF is the Invesco Chinese Yuan Dim Sum Bond Portfolio Fund that tracks the Chinese yuan’s value. Besides profiting whenever the currency appreciates, the ETF also offers investors a dividend yield in the range of 3.5% to 4%. Similarly, the ETF provides capital gains resulting from increased bond values.

The WisdomTree Dreyfus Chinese Yuan Fund is another widely traded ETF that seeks to provide investors with exposure to fluctuation in Chinese interest rates that often affects the currency value.

Like other currencies, the yuan is also one of the currencies that can be traded on margin. The yuan currency futures are traded on the Chicago Mercantile Exchange, whereby traders get an opportunity to speculate on the currency rate through derivatives.

However, given the exchange rate manipulation that often comes into play by the Chinese government, very few brokers offer the USD/CNY as one of the currency pairs to trade in platforms. Likewise, the platforms that provide the pair come with high spreads that make it extremely expensive to trade the currency profitably.

Chinese currency is arguably one of the biggest currencies when it comes to international trades. However, it is one of the least traded given the capital controls and exchange rate manipulation that often come into play, spearheaded by the government. Amidst the tailwinds, ETFs, time accounts, and futures contracts offer an ideal way of gaining exposure in the currency and profiting as its rate fluctuates.