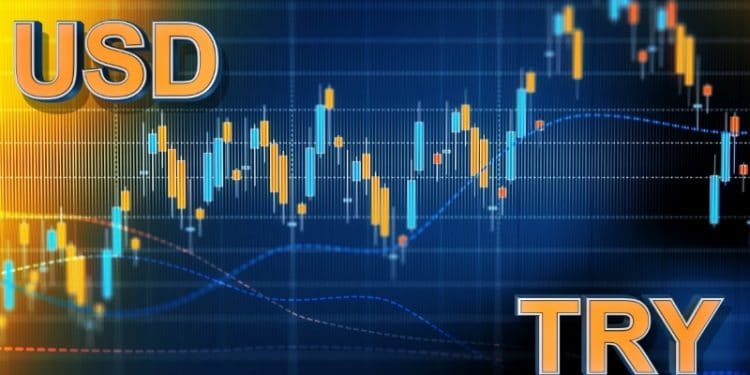 The Turkish lira has been on a strong uptrend against other currencies in the past few months because of the new management in the country’s central bank. The currency has risen by about 15% against the US dollar since November after Erdogan replaced the then CBRT governor.

In a report on Wednesday, the Turkish statistics bureau said that the headline consumer price index (CPI) increased by 1.68% in January. This was a better performance than the median estimate of 1.40% by economists. It was also higher than the previous month’s increase of 1.25%.

The current inflation was mostly due to high food and energy prices. They were offset by some items like tobacco and alcoholic beverages whose prices declined because of lower taxes. In total, goods inflation rose by 15.6%, the highest reading since 2019.

The USD/TRY declined after this data because it signals that the CBRT will likely increase interest rates later this month. Central banks tend to hike interest rates and tighten monetary conditions in periods of higher inflation.

The current governor has already shown his willingness to hike interest rates, unlike his predecessor. He has already increased rates by about 675% in the past few months. He will likely increase interest rates later this year. Still, even after the recent rate hikes, Turkey has some of the lowest interest rates in the emerging market.

Looking forward, the USD/TRY will also react to the US dollar as the country publishes important employment numbers. On Wednesday, data by ADP showed that the economy created more than 174,000 private-sector jobs in January. That was a higher number than the expected 49,000. In December, the economy actually lost more than 78,000 private-sector jobs.

On Thursday, the Labor Department will publish the latest weekly initial jobless claims numbers. Economists expect the data will show that more than 830k Americans filed for initial jobless claims. That will be lower than the previous week’s increase of 847,000. Finally, on Friday, the bureau will release the nonfarm payroll numbers. Economists expect that the US unemployment rate remained unchanged at 6.7% in January.

The USD/TRY pair rose to an all-time high of 8.5745 in November last year. Since then, the pair has been on a downward trend because of the actions of the CBRT governor. It has moved below the ascending black trendline. Also, it has moved below the 25-day, and 50-day exponential moving averages, which is a sign that bears have prevailed.

Also, the Relative Strength Index (RSI) has moved below the oversold level. Therefore, in the near term, the pair will continue falling as bears target the next psychological low of 7.00. A drop below that level will see it continue falling to 6.50.