How to Use Currency Correlations in Forex 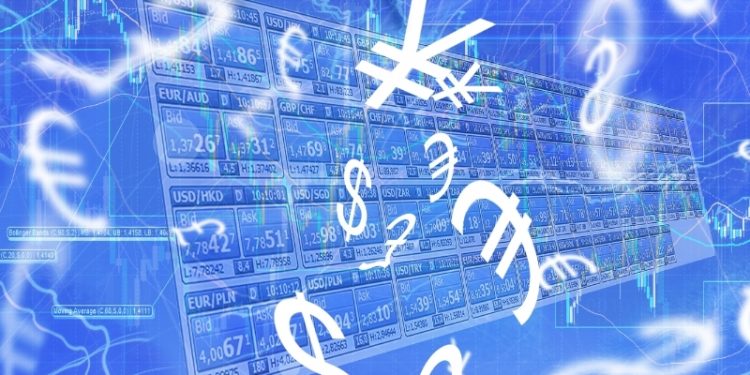 Currency correlation refers to the mathematical approach of looking at whether there is a relationship between two currency pairs. It is a popular trading approach by traders who use the pairs trading or arbitrage trading strategy. In this article, we will look at ways of effectively using currency correlations in Forex effectively.

What Is Currency Correlation?

Relationships are everywhere in the financial market. They are most notable in the major indices both in the United States and in Europe. On most days, when Dow Jones rises, other American indices like the Russel 2000, S&P 500, and Nasdaq 100 also rise. Similarly, in Europe, when the German DAX is in the green, you will mostly see the FTSE 100 and CAC 40 in the green too.

We also see relationships in other assets like gold and silver. On most days, the two metals usually trade in the same direction. The same is true with Brent and crude oil prices.

Unknown to many, similar relationships happen in the forex market as well. And, when they are used well, they can lead to substantial returns to traders.

How To Conduct Currency Correlations

The first stage of using currency correlations is to calculate the relationship between two currency pairs. Fortunately, there are several methods of achieving this. In the manual system, you simply download the data and use Microsoft Excel or Google sheets to perform the calculation.

Most trading platforms, including the MetaTrader, have the option of downloading data. If you are using the MT5, the process is relatively simple. You first go to the Market Watch tab and select the currency pair that you want to analyze. In this case, you can right-click on the pair. In the tab that opens, you select bars and enter the duration or dates you want to analyze. The exact dates are extremely important because if you enter separate dates, the results could be different. This process is shown below.

The next step is you take another currency pair and download the data. Finally, take the closing prices of the two pairs, enter the data in excel, and then run a correlation calculation.

When using the Pearson correlation approach, the answer will range between -1 and +1. If the result is +1, it means that the two currency pairs are strongly correlated, meaning that they tend to move in a similar direction. If the result is -1, it means that the currency pairs are inversely related, i.e., they move in exactly opposite directions. Also, if the answer is zero, it simply means that the two do not have any relationship. You can use the table below to check-out the meaning of the correlation results you get.

The manual method of calculating currency correlation tends to be relatively long. Indeed, most day traders rarely use the approach. Instead, they use freely available tools to identify the correlations. Some brokers provide the tool to supplement their other trading tools. Alternatively, you can use the tools provided by Investing.com, FxStreet, Mataf, and Oanda. The chart below shows the currency correlations by Oanda.

In the table above, we see that the EUR/USD and AUD/SGD pairs have had a correlation of 0.96 in the past six months. Now, look at the six-month chart of the two that is shown below and spot the similarity.

How to Use Currency Correlations in Forex

So, the first step of using currency correlations is to find currencies that have a perfect or inverse correlation. This is evident in the process that is depicted above.

After finding the currency pairs, you need to conduct a technical analysis on one of the two currencies. This involves using technical indicators like the moving average, relative strength index (RSI), or the MACD. It also involves using other strategies like candlestick analysis and pattern analysis.

The goal of doing this is to figure out where the currency pair will move next. If the two currency pairs have a close relationship, you can move to the next step.

In this, if you believe that the price will rise, you can open two buy trades. As a result, if the price moves according to the correlation, you will make money in the two trades. However, the biggest risk about this is that the pair can move against you, so you will generate a loss in both trades.

Therefore, professional traders use currency correlations to mitigate risks. In this case, the trader would wager, say, $10 per point on the first currency pair in the preferred direction. In the next currency pair, you should wager, say $8.50 per point in the opposite direction. In this case, if the two currencies gain 10 points, the first pair will have a profit of $100, and the other pair will have a loss of $85. This will give you a profit of $10, which is the spread between the two.

Notably, it is also possible to use currency correlations when the pairs have an inverse relationship. In this case, instead of opening opposite trades, you open similar trades.

Having a good understanding of currency correlations is a good trading strategy that also helps in reducing risks. For example, it can help you avoid doing zero work, where you buy and short two correlated currencies. However, like all strategies, we recommend that you spend time to analyse and backtest it. We also recommend conducting the correlations regularly, because the figures will be constantly changing.