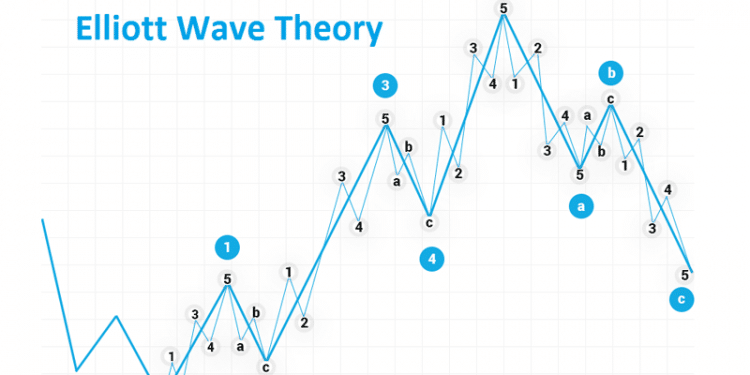 John Templeton, the late British investor and fund manager, once said, “Bull markets are born on pessimism, grown on skepticism, mature on optimism, and die on euphoria.”

Although this quote references bull markets, the same ideologies (albeit inverse) exist for bearish trends. When Ralph Elliott proposed the now popular Elliott Wave principle, he based the theory on market behavior psychology in a similar vein to Templeton’s quote. The accountant saw different stages of trends as an expression of market psychology and that each wave told traders something about how the market was feeling.

Elliott concluded the up and down swings of prices were a cause of the collective psychology as markets moved between periods of optimism and pessimism. Each wave in the classic 5-wave impulse and 3-wave pullback exhibits its own signature characteristic.

Since Elliott observed the 1920s and 1930s stock markets, many examples of his theory were applicable to bull markets as these were prevalent during his day. For clarity’s sake, each wave we’ll discuss will be based on a bullish trend. However, the same philosophies are relevant for bearish trends as well.

At the start of this wave, the natural tendency is for the market to refer back to the preceding trend. Typically, most Elliott Wave practitioners do not trade this wave since it’s the start of the whole cycle, and no one has any idea over whether the previous trend has ended or not. The fundamentals could also reinforce that the earlier trend still has steam, though, at the same time, that momentum slowly fades. At this stage, skilled traders may start to see some vague yet worthwhile signs of the first wave. We could regard this wave the pessimistic phase.

Technically, wave 2 corrects but never goes beyond the start of wave 1. This pullback can be quite deep, suggesting the market may still very much be hanging onto the prior trend. On the one hand, the start of wave 1 might seem like a new move, though even the strongest trends can have ‘legs’ that fool one into believing such. Fundamentally, there may be news confirming this to be wave 2, though nothing yet significant. We could look at this wave as the skeptic phase.

We should think of this wave as the first one of optimism. Wave 3 is probably the most anticipated and elusive wave in the whole cycle simply because of its often explosive nature. Most traders consider this to be the real confirmation of the new trend. The market psychology here universally suggests the new trend is firmly underway, judging by the depth of wave 3.

Wave 4 forms due to the faction of market participants firmly hanging onto the previous trend. In the same breath, this pullback can act as a good place for those who couldn’t join the trend at the start of wave 1 or 3 to gain a good entry still.

Wave 5 can, at times, be the strongest of all impulse waves rather than wave 3. In some rare cases, the length and depth of this wave can exceed that of wave 3. Similar to wave 3, we could reflect this wave as a time of optimism. From a psychological perspective, this would be the worst time to join the trend despite an overwhelming majority of participants being firmly bullish. The ‘suckers’ would still be interested in joining the move even though it’s technically not conducive.

This wave 5 also typically shows divergence in momentum indicators such as the RSI, suggesting an imminent reversal. We may even see other reversal patterns like head & shoulders and double tops/bottoms.

This 3-wave pullback is a lot harder to identify since Elliott Wave practitioners say the market corrects in 6 unique structures. This pullback signals the latter periods of the trend exhausted by the impulse moves that came before. Very few traders have an interest or belief to join the impulse move, as evidenced by the A to B and B to C move. In the words of Templeton, this wave could be where the market ‘dies on euphoria.’

Numerous approaches attempt to decipher market psychology. In reality, the only means of getting close to this concept is through studying price. Elliott Waves are probably the most advanced method of doing so. Visually, they can reflect different moods of the market. As an example, we could think of waves 2 and 4 as periods of indecision where a new trend is beginning.

We could think of wave 3 as the wave of confidence and certainty since price rapidly accelerates. The 3-wave pullback might signal a time of rest where the market has already created much of the trend. At these later stages, it wouldn’t make sense for anyone to consider entering. Traders can interpret each of the waves according to how they feel about a market and align their decisions accordingly.

The main point of Elliott’s theory is that any market oscillates between extreme highs and extreme lows. Traders can choose to specialize in one or several waves when they’ve aligned their psychological beliefs to what the theory suggests.

Understanding the Commitment of Traders Report in forex

Understanding the Commitment of Traders Report in forex