What Moves Aud Usd And How To Trade Aussie With Commodities

A lot of big Asian economies follow state management for their currency rates, which makes it difficult to trade them in Foreign Exchange. For instance, Japan and China are large economies that have strict control on the Forex market. On the other hand, Australia does not control the Forex market, and its bank, the Reserve Bank of Australia (RBA), follows a western approach for the value of the Aussie currency.

This makes the Aussie a great currency for trading. Through it, traders can take a position in the growth of Asian countries, where currencies like the Japanese Yen and Chinese Yuan are so uncertain and risky.

AUD/USD as a commodity currency pair

The AUD/USD pair informs a trader as to how many US dollars they require in order to buy one Australian dollar, which is the base currency in this pair. The AUD is a commodity currency, along with the Canadian Dollar and New Zealand Dollar. A commodity currency is the one whose country’s exports mainly include raw materials, such as precious metals, agriculture, and oil.

A lot of traders use the AUD/USD pair for the relation of the USD with commodities and to take a position in both the Asian and global growth. 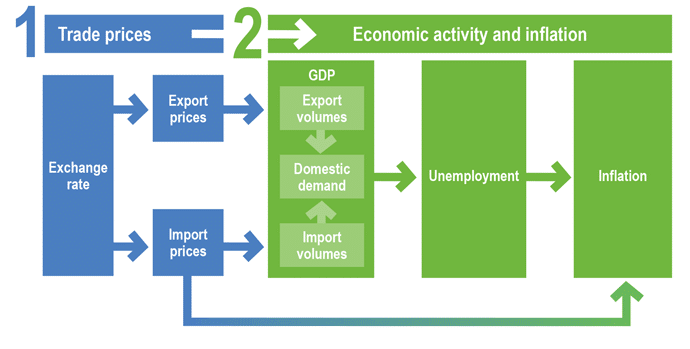 Australia has a much higher interest rate as opposed to a majority of the western economies, particularly after the introduction of the European common currency. This is why the Aussie is preferred by many ‘carry traders.’ These are traders who make profits from the rate difference between a high-yielding currency, that is the Aussie, and a low-yielding currency, such as the Japanese Yen or USD.

Currently, both Australia and the US have the same 1.5% overnight discount rate, which is fixed by the RBA and the Federal Reserve respectively. However, they are not always the same. And, when they vary, they considerably affect the AUD/USD value.

This means if the US Federal Reserve raises the rates, the capital will flow from the Australian Dollar to the USD. On the other hand, if the US Federal Reserve does not raise the rates due to its huge debts and deficit and the commodity markets also rise due to the weak USD, then the capital will flow from the USD to the Aussie.

Several macro factors can cause these changes. The RBA cannot control these factors, which in turn also affects the value of the Aussie. Its value is directed by commodity prices, Asian growth, and the Australian housing market among other factors.

The Chinese data written below affects the AUD/USD value.

Commodity prices can also affect the AUD/USD pair. If the coal or industrial metals market is strong or weak for a long time, then it will affect the Australian economy and the AUD/USD commodity forex pair accordingly.

This means high commodity prices will result in high interest rates of the Australian dollar and vice versa. And, these changes can be quite unexpected since the commodity market is quite volatile as compared to the GDP data that comes with an economic calendar.

3.  The Federal Reserve and Royal Bank of Australia minutes

Both the US FED and the RBA disclose minutes from their policy meetings, just like most of the central banks. These minutes hint towards the future decisions related to interest rates.

The Australian economy and its data have a major effect on the USD/AUD value. 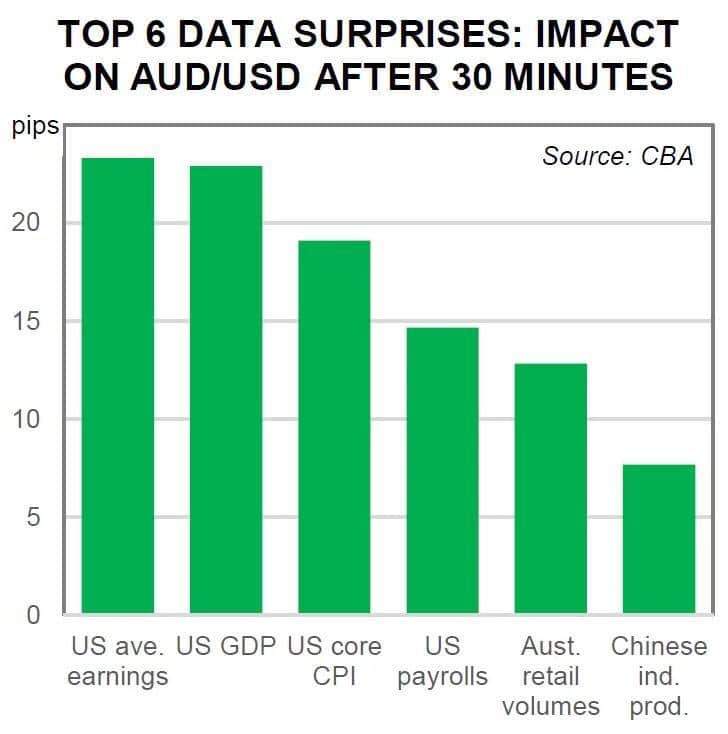 The US data cannot be left behind when it comes to determining the value of the USD/AUD forex pair.

The USD/AUD commodity forex pair allows traders to trade in the Asian market while using a western financial system. This currency pair highly influences global growth with high liquidity and less interference from a central bank.

Due to these reasons, the USD/AUD pair is great for taking a position in global development, which is not so easily possible with other major currencies. However, make sure you consider the above-mentioned factors that drive the USD/AUD pair before investing in it.