What Moves GBP USD and How To Analyze Pound 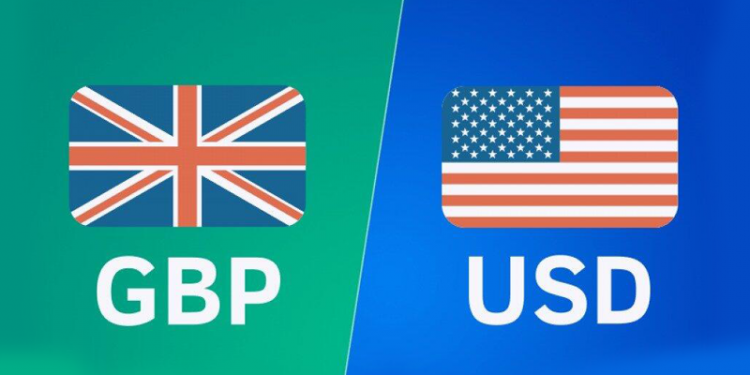 In the GBP/USD pair, the base currency is the British Pound. It means that if the quoted price is 1:1.30, then one has to spend US$1.30 to get 1 British Pound. Furthermore, if the dollar rises, the trending graph will fall.

The GBP/USD forex pair is also known as ‘Cable.’ It is called so because of the Atlantic cable that was used to transmit prices earlier over the ocean floor. One of the reasons why the GBP/USD currency pair is a major forex pair is the volume of its daily forex transactions. In 2019, it accounted for 9.6% of all worldly transactions.

The reason why it is so popular is that this currency pair breaks so strongly in either direction. It is quite alluring to day traders and makes up quite a big part of the daily trading volume in London mornings. However, it has to play often catch up on the news and activities from the Easter Session.

There are a few factors that influence how the GBP/USD exchange rate moves. Some of the important macroeconomic ones are mentioned below:

Now, let us study the important factors that drive the GBP/USD pair in great detail in the following sections.

The Bank of England publishes the inflation reports, projections, and rules the monetary policy decisions. Central Banks is able to change its interest rate. Ever since Brexit negotiations have stalled because of the pandemic, the GBP has slid almost 4.5% against the USD.

Usually, a stronger currency generally indicates a tighter monetary policy. Economic recovery can gather support through negative rates and a loose monetary policy. However, it is uncertain whether the Bank of England will decide to pursue negative rates, but if it were to do so, it could strengthen the GBP.

Even though the pandemic has forced the BoE to return to almost-zero rates, implying an expansion of the budget deficit, it has had a limited impact upon the pound. This is mainly because the UK’s economic and fiscal situation is similar to that of the US across the Channel.

To understand UK’s Financials, we have to take a look at a couple of important ideas – public finance sustainability and trade balance.

Countries with a lot of debt and deficits are not attractive to investors as it implies high inflation and ultimately lower returns. The government can increase the money supply to cover part of its debt but it inevitably leads to inflation. If, let’s say, the UK government is unable to service its deficits by selling domestic bonds or increasing the money supply, then it has to increase the supply of securities, which will lower the prices of the pound.

Additionally, large debts can trigger fear in foreigners if there is a general sentiment that the country might default on its obligations. As such, foreigners won’t be inclined to buy securities in the pound if the risk is too high. This is why the GBP/USD exchange rate is dependent upon the UK’s debt rating.

As we have mentioned before, trade balance or Current Account Balance (CAB) is an important indicator of where the currency pairs are going to move. When foreigners demand more of the country’s product and currency, like the pound, then the exchange rate for the currency improves.

For GBP/USD to rise, there has to be an increase in the trade deficit between the US and the UK.

UK’s trade with the EU exceeds its trade with any other country. Almost 40% of all of Britain’s exports go to the EU. Such a high level of integration can influence the exchange rate. It is seen that whenever the UK integrates deeper with Europe, the GBP moves up; it falls back down when the UK swings towards a no-deal Brexit.

Investors were reminded of such a strong correlation yet again as the negotiations stalled due to a lack of progress on multiple issues, ranging from business regulations to fishing rights. GBP has slipped 3% against the EUR since then and 4.5% against the USD.

Given the economic damage occurring due to the pandemic, there has been a significant shift in the labor market conditions. With falling GDP growth rate, unemployment and inflation have risen and investments have stalled. However, the impact on GBP/USD is not significant as Britain’s counterpart across the Atlantic is not doing any better either.

It is expected that the consumer price index is likely to rise as well due to the rising inflation and limited growth and the only plausible solution remains cutting back of interest rates to loosen the monetary policy and encourage recovery.

Brexit has posed quite a challenge for Britain. It has had a definite mark on the GBP/USD exchange rate history. As a consequence of the Brexit vote, the GBP fell to lows not witnessed for over three decades of the Forex historical data. But, this falling of the exchange rate is not caused by an increase in the USD. It decreases GBP, mostly. However, many believe the GBP may swing back to previous highs.

Britain’s export numbers to Europe may fall slightly with a no-deal Brexit scenario, but its trade volume with Europe is likely to surpass its trade with any other country. For this reason, GBP would remain in good proximity to the EUR. Another reason is that Britain stopped being an oil exporter more than a decade ago and cannot start trading the way AUD or CAD or other resource-dependent currencies are able to do.

Although the UK government has denied the extension of its membership in the Common Market beyond 2020, the economic damage resulting from the pandemic may lead them towards further delays, especially if there is no proper deal in place.

There are many factors that come into play when one is analyzing the British Pound. Because of its historical strength, the GBP has managed to retain positive sentiment around it but runs the risk of falling as the UK moves towards a no-deal Brexit.

The pandemic and its negative effects on the GDP, inflation, and unemployment have brought about many causes for concern. But, since the situation in the US and Europe is not any better, the resultant fall in the GBP/USD pair is not as bad as it could have been.